The Gironde, a land of culinary tradition

GASTRONOMY BORDELAISE, AN ART OF LIVING 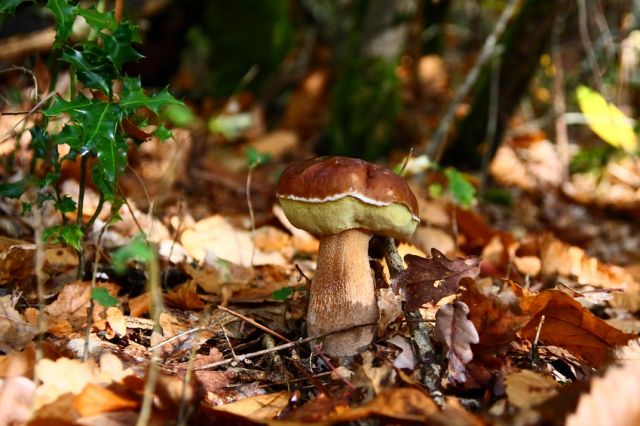 The Bordelaise gastronomy is varied and will delight you. Seafood, fish from the estuary, caviar, oysters from the Arcachon Basin, beef from Bazas, lamb from Pauillac, asparagus from Blayais, mushrooms of Bordeaux, macaroons of Saint-Emilion, pralines of Blaye, canelés of Bordeaux…it is all a selection of local products, delicacies and specialities that perfectly combine with the wines of Bordeaux. 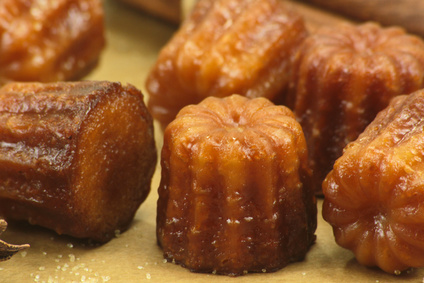 From canelé to the macaroons, each town has its on speciality. In Bordeaux, the canelé has made its mark, this brown pastry flavoured with rum and vanilla with a soft and tender custard center and a dark, thick caramelized crust is truly delicious.

The macaroons are the speciality of Saint-Emilion and credited to the 17th century Ursuline sisters. This delicacy made from almond and egg whites are a real delight.

Other treats, the pralines of Blaye, were created in 1649 by the Duke of Choiseul, Marechal of Plessis-Praslin.

Foie gras is omnipresent in the south west and in Gironde. The poultry (Geese and ducks) producers offer tours of their production facilities and sell their products in the local markets.

The capon of Grignols, fattened with bread, milk and sweet corn, is a poultry especially savoury which is celebrated during an eponymous fair, the Sunday before Christmas.

The lamb of Pauillac, exclusively fed with the ewes milk, is a popular meat with the gourmet for its delicacy and which is cooked very simply. (It is celebrated each year on Pentecoste Sunday). 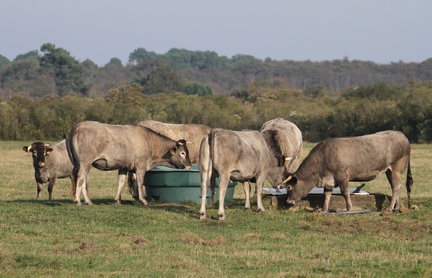 On the tenderness side, the beef of Bazas is a delicious high quality meat and which holds a Label Rouge (red label certifies that a product has a specific set of characteristics, establishing a superior level to that of a similar product), produced to a very precise set of specifications it has a Protected Geographical Indication (PGI) (it is celebrated in February, on the Thursday before shrove Tuesday, at the Fair of the beef of Bazas).

The rib steak bordelaise, grilled on the vine shoots and dressed with a shallots sauce.

The “grenier Médocain” is a charcuterie prepared with stuffed pork.

The Gironde Estuary provides many freshwater fish: the shad, Ocean migratory fish, eaten stuffed with sorrel, eels fricassee with garlic and parsley or “à la bordelaise” cooked in a wine sauce, the lamprey, one of the finest of the local cuisine prepared in a red wine sauce like a stew, the “bichettes”, small white prawns cooked in anise, or the “pibales” or “civelles” which are the eel’s alevins, fried or paned with garlic. 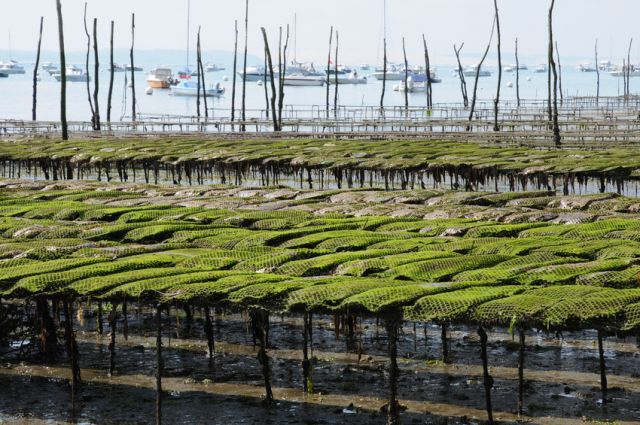 In the Arcachon Basin, oysters are everywhere. They can be consumed all year round (though the Oyster Fair in Andernos-les-bains,is in the second half of July). Served with a dry white wine and “à la bordelaise” with crépinettes (a flat sausage consisting of minced meat and savoury stuffing wrapped in pieces of pork caul).

The Atlantic Ocean offers crustaceans and fish that can be found on the fishmongers stall or prepared at the terrace of a restaurant. Bègles celebrates the cod, end of May, beginning of June, a reminder of the history of the town and the fish trade.

On the hunting side, the game appears in the Autumn and in the Médoc, the palombe (woodpigeon) is a real tradition, it can be cooked either roasted or in salmis. 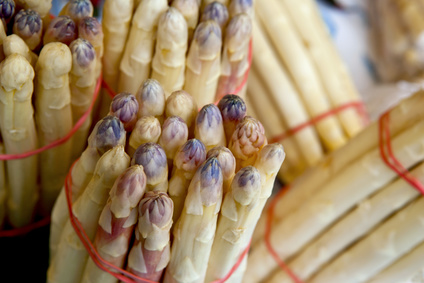 On the fruits and vegetable side, the asparagus of Blayais brightens the market in Springtime.

The ceps of Bordeaux are delicious paned fried with garlic and parsley and can be found on the Autumn market stalls.

The potatoes of Eysines are available from end of April to end of June.

This vegetable growing peaked towards the end of the 19th century, because land previously used for cultivating vines were also converted into potato patches after a number of outbreaks of the vine-killing pest phylloxera