MÉDOC, BETWEEN VINES, ESTUARY AND OCEAN

When Médoc is mentioned, one thinks about the vine and its exceptional wines, a vision of a land of wine growing and an international wine making reputation with its listed 60 top ranked wines. But for nature enthusiasts, it is also, the smell of the maritime pine trees, the Ocean, the beautiful wild beaches, the large lakes and the Gironde Estuary. Two entities: the wine growing Médoc with its limestone lands and maritime Médoc, with the Atlantic coast and the Verdon River which makes the boundary with the Gironde estuary, connect to form a land where the preservation of the environment and nature reserves are of major concern. 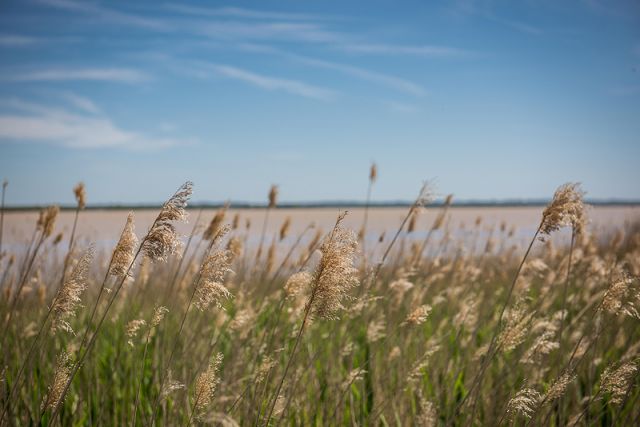 Médoc occupies the north west of the Gironde departement. Lesparre-Medoc, a sub-prefecture of Gironde, is its administrative capital and an ideal place, to discover the region towards the estuary, the Ocean and the Haut-Médoc countryside and its vineyards. The town houses a Médoc wine Fair, in the first week of August. From Bordeaux to Soulac, the Médoc produces eight prestigious appellations (Haut-Médoc, Margaux, Médoc, Moulis-en-Médoc, Listrac-Médoc, Pauillac, Saint-Estèphe et Saint-Julien). As the oeno-tourism has developed, many family properties and castes are opened to visits all year or for special events. 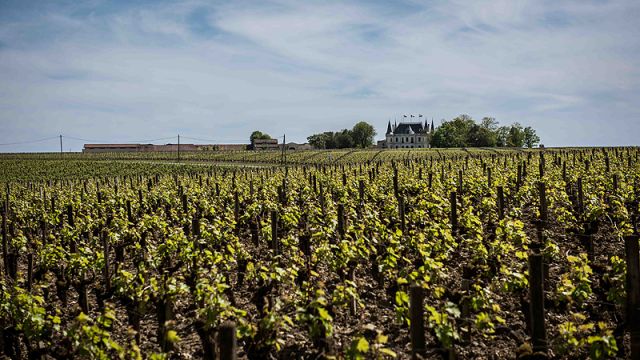 IN LINE WITH THE ESTUARY 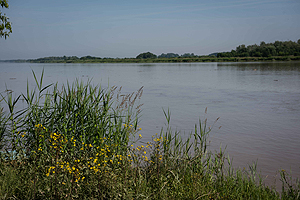 On the riverbanks of the Gironde Estuary, you can discover small picturesque communes whose history is linked to the River. Port Macau, dates from the Gallo-Roman period. Its marshlands, its harbour, its islands and beautiful residences represent a unique heritage. Like its small 12th century church, transformed during the 19th century and listed for its fortified tower bell. The small Issan harbour, offers a beautiful panorama on the vineyards of Margaux, the first listed classified growths and its small village.

The Port de Lamarque is considered like the entry gate to the Médoc. The ferry transports passengers, bikes and cars from one riverbank to the other of the Gironde, from Lamarque to Blaye. In the town center, the Saint Seurin Church with its dome, refurbished in 2005, its four large open portholes on to the estuary and the Médoc is rather original. Its staircases, Escher style, are reminiscent of the staircases leading to the library of the Monastery in the movie « Le nom de la rose » (The Name of the Rose), from the book by Umberto Eco.

FROM ISLANDS TO ISLANDS 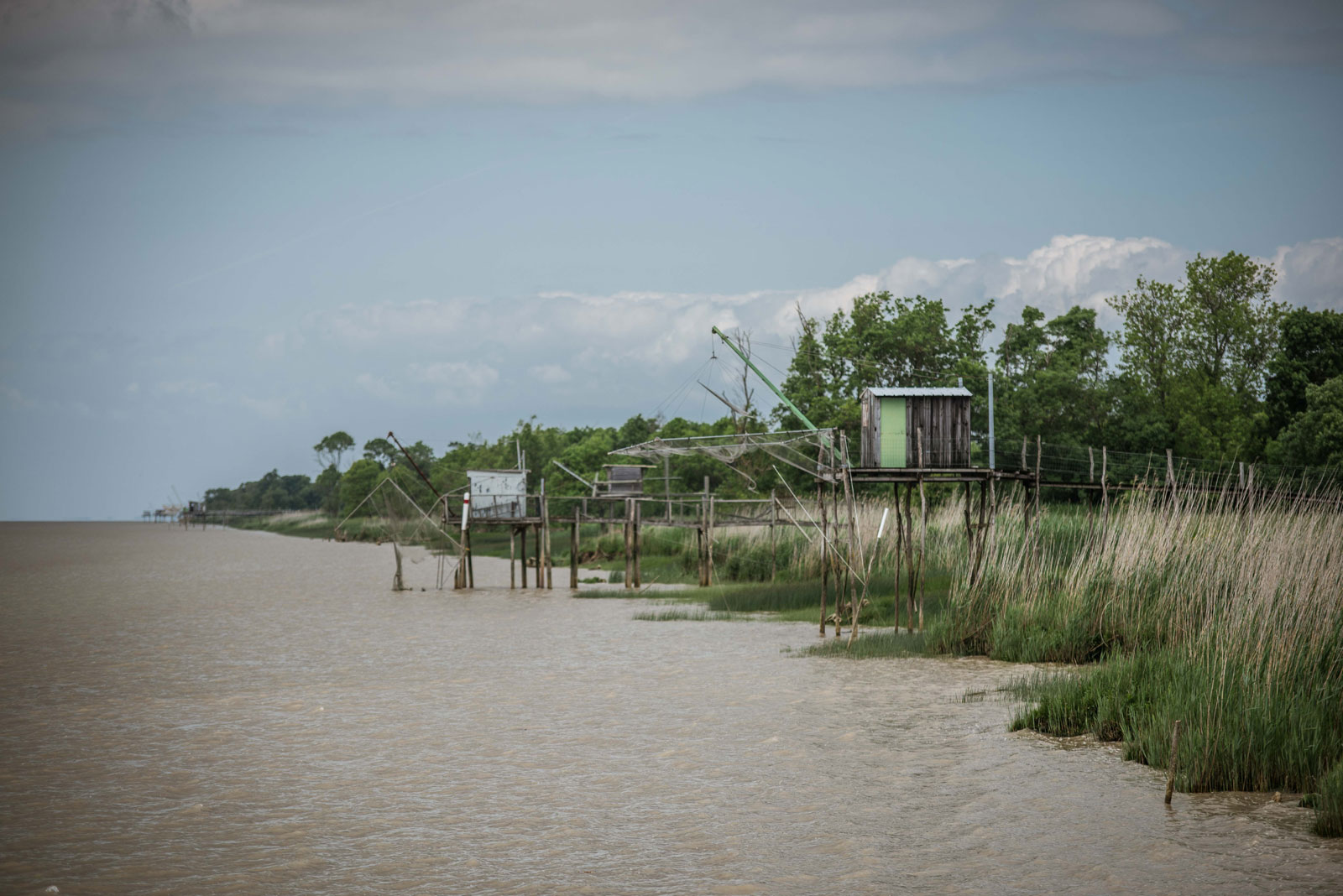 The Gironde estuary has a string is islands, Médoc and the Blayais, some deserted others inhabited for a long time, open for visits or secret places others are peaceful havens, planted with vines a paradise of flora and fauna, most of them are part of the coastline conservation and permission is needed to stop over. They are called Ile verte (born from the fusion of the îles Cazeau, Ile du Nord, and Ile verte), Ile Nouvelle (born of the gathering of ïle Bouchaud and ’île Sans-Pain), Ile Patiras and its lighthouse, Ile de Margaux, or also Ile Pâté (private property) housing the fort of the same name which makes with Fort-médoc and the Blaye Citadel, the famous defensive triptych of Bordeaux, « The Bolt of the Estuary» listed Unesco World Heritage site since 2008.

Built in 1691 by Vauban, since 1930 the fort has been the property of the commune of Cussac-Fort-Médoc, located between vines (Saint Julien) and the estuary. 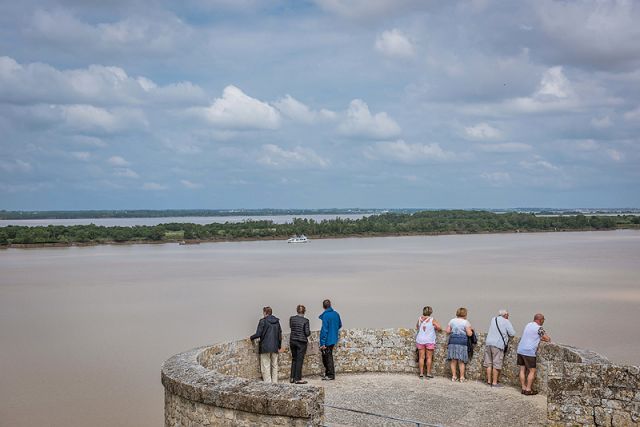 in the heart of the VINES

Pauillac, a small town located on the riverside, is capital of the wine growing region Médoc. The town is world famous for housing three prestigious first “crus” (growth): Mouton-Rothschild, Latour et Lafite-Rothschild. Pauillac also houses around one hundred other wine making properties a small fishing harbour and a small marina. On the riverbank the “carrelets”, typical wooden cabins with large rectangular nets, are just waiting for the fishermen. 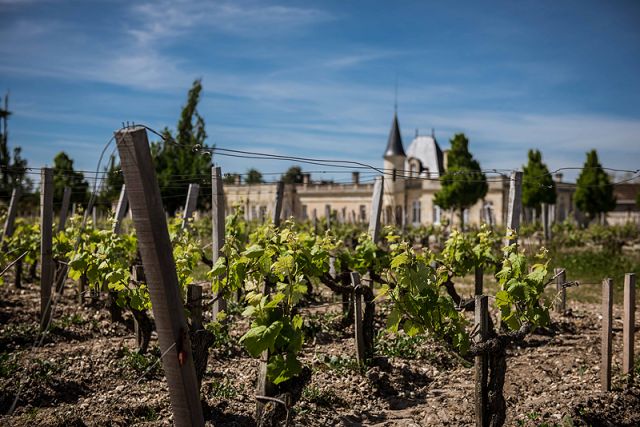 From Pauillac, you can go to Ile de Patiras, navigate between the islands of the Gironde and go up to the « Bolt of the Estuary». The small Saint-Martin Church has the specificity to be crowned by a pediment inspired of the Greek Art. Make a stop to the “Maison du Tourisme et du Vin (Tourism and Wine Museum) and discover the 8 appellations of the Médoc and the 300 listings available for sale. In July and August, many events are organised by the wine makers offering a taste of their products. 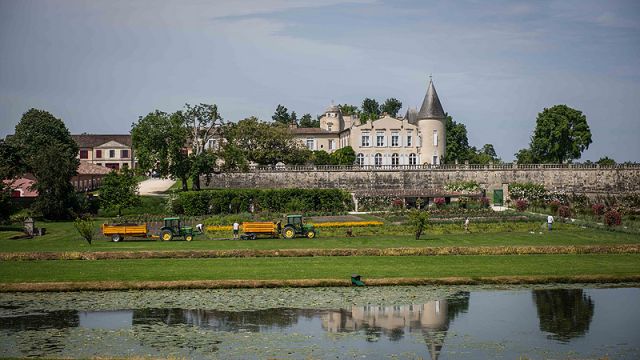 Close to Pauillac, in the small hamlet of Artiges, a replica of the Cave of Lourdes, became a pilgrimage site. Other curiosity, the small hamlet of Bages, entirely refurbished by the Cazes family, owner of the château Lynch Bages, has started a second life. It houses the Cordeillan-Bages Castle, a Relais et Château, a bakery. Close bythe Vertheuil Abbey, is a jewel of Roman Art.

Moulis en Médoc has evidence of settlement dating back to the first century.  Vestiges of a Gallo-Roman Villa were excavated and its Saint Saturnin Church is a beautiful example of Roman Art. From the town center, you can do a twelve kilometres walk in the vineyards. The Maucaillou Castle houses a Musée des Arts et Métiers de la Vigne et du Vin (Art and Industry Museum on Vine and Wine).

Saint Estèphe is faces the estuary and houses prestigious castles including 5 listed grands crus. Fishing is a real institution you can admire the “carrelets” emblematic of the heritage of the estuary the Saint Estèphe Church is the only Barocco Church in Gironde.

All along the Médoc coastline, beautiful beaches have kept their wild character and are protected.

VERDON-SUR-MER, at the tip of MÉDOC. 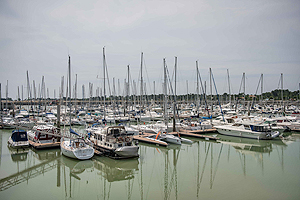 Verdon is located at the mouth of the estuary. On the opposite riverbanks, you can see the Pointe de Grave and the Cordouan Lighthouse, nicknamed the “Versailles of the Seas”, located in the departement of the Charente-Maritime the lighthouse can be reached by boat. In 2004 a large marina: Port-Médoc was built in Verdon. During WW2, Verdon was at the centre of the Atlantic Wall system, today the many blockhouses (more than 350 up to Soulac) are a legacy of that period. Between marshlands, beaches and Ocean, Verdon-sur-mer is an ideal location for family holidays.

Picturesque with its charming early 20th Centuary small villas and its 7 kilometres of beaches, Soulac is one of the first towns on the seaside to have established sea bathing. It is also been a pilgrimage centre, since the 14th century with the Notre-dame-de-la-fin-des-terres Church, a listed Unesco World Heritage site, under the route of Saint-Jacques of Compostelle. A small tourist train operates, during the summer between Pointe de Grave and Soulac - les Arros. This 7 km long rail track, offers lovely views of the forest, the Atlantic Ocean and the Cordouan lighthouse off the coast. 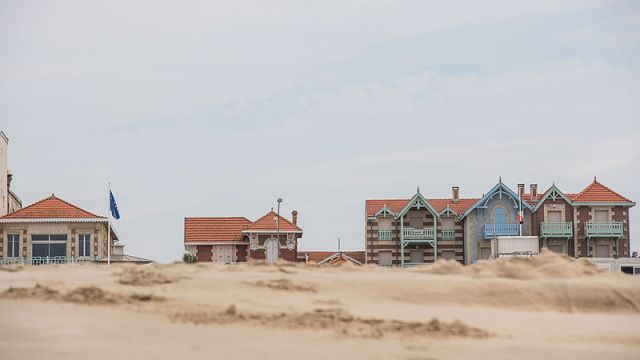 Between forests (6,000 hectares), Beaches (12 km), marshlands and Ocean, it is a protected nature reserve site. Montalivet houses many naturists’ beaches. On the forest edge, the heritage La Grange Museum presents 100,000 years of the Médoc history. 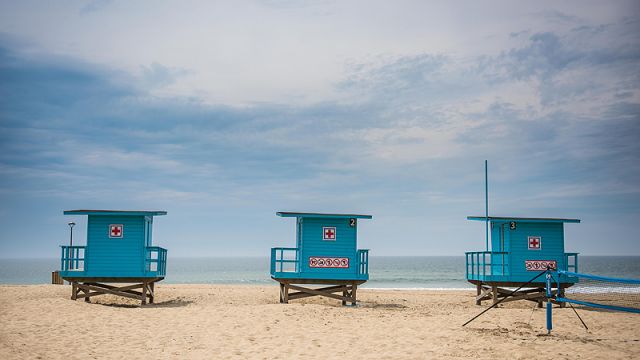 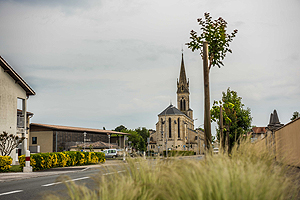 Carcans-océan, with its 15 kilometres of beaches, attracts the surf enthusiasts. In a quieter setting, Carcans-Maubouisson, located on the Hourtin-Carcans lakeside in the heart of the pine forest, is the largest white water lake in France, with 18 km long by 4 km wide, and is much loved by families, sailing, water sports and outdoor sports enthusiasts. In the heart of the Hourtin nature reserve, the Contaut lagoon offers a unique opportunity to discover the exceptional flora and the fauna, and a unique biodiversity. There are 120 kilometres of cycling paths to seduce for bike enthusiasts. You can also surf on the Ocean in Hourtin-plage.

LACANAU-OCÉAN, THE SURF FOR SKYLINE

At first, it was a small seaside resort, with the first villas appearing in 1906. Today Lacanau has become, with its legendary waves, the mecca of the European surfing. The Surf World Championship takes place in mid August.

Surrounded by pines and dunes, with its 16 kilometres of beaches, it is also a very close to nature, with large forests, and many kilometres of cycling paths. Lacanau-lac, and its 21 km2 of water, is very popular with sailing enthusiasts and fishermen. With its lush vegetation, it is a paradise for migrating birds, many animal species, and a favourable place for watching the local flora and the fauna. After the Cousseau Lake and the marshes of Hourtin, the biological reserve of the Lacanau Lake is the third site listed nature reserve in the Medoc. 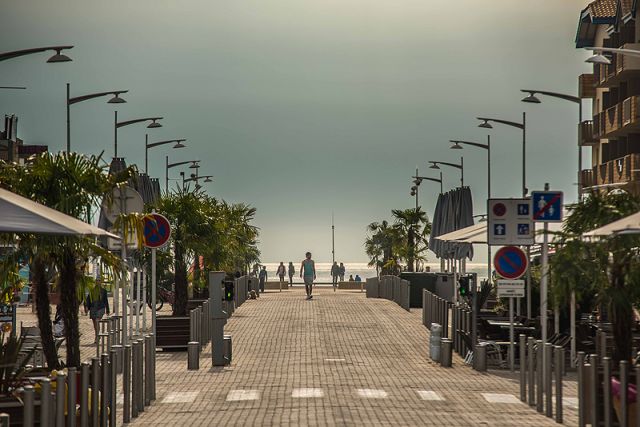 Its coastline, spared from buildings, offers a wilder environment and a playground for outdoor sports.

Hiking paths allow walking routes through the 10,000 hectares of pine forests or close to the sand dunes. With its 13 kilometres of Ocean beaches, it is a calm and quiet place, for holidays closer to nature. 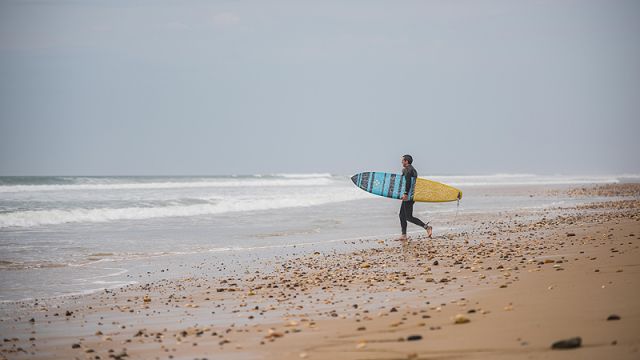