This land flourishes between the Sauterne Vineyard and the Wines of Graves; the vast Landes Forest, contains picturesque castles and villages. It is also the ideal place for outside leisure activities: hiking or cycling, but also water activities, bathing in the Hostens Lakes, fishing in the rivers and the Canal of Deux Mers. 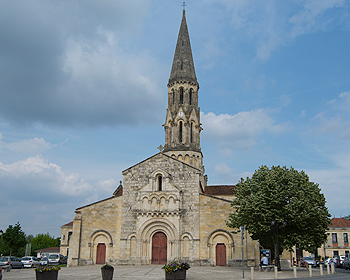 This small village and especially its castle was home to the famous writer and philosopher from the Age of Enlightenment: Charles Louis de Secondat, Baron of Montesquieu and La Brède. Born in 1689, he spent a good part of his life there.

In 1951, the castle of la Brède was listed Historic Monument and the whole domain was listed in 2008.

A few kilometres away, in Martillac the Castle of Rochermorin housed the family vineyard. This passion for the vines, was something that Montesquieu kept it all his life and he was an excellent ambassador.

Administrative centre (Sub Prefecture) of Gironde, the vine and its harbours on the Garonne River were the source of the economic prosperity of the city during the 17th century. Langon has many vestiges of the past centuries: Eglise Notre-Dame du Bourg, dating from the 12th century; is such a fine example that eight of its capitals are exhibited in the Cloisters Museum in New-York, Eglise Saint Gervais, is a display of beautiful period buildings. The vineyards represent nowadays 282 hectares of the commune.

Situated between Langon and Bazas, the Castle of Roquetaillade (private property) is an architectural complex composed of two fortified Castles from the 12th century and beginning of the 14th century. During the Renaissance period, the castle was refurbished by the famous architect Viollet-le-Duc. Its furniture is listed as Historic Monuments.

At the gate of the castle La Métairie houses a Museum of the Rural Life around from around 1850.

BAZAS, and its famous BeeF. 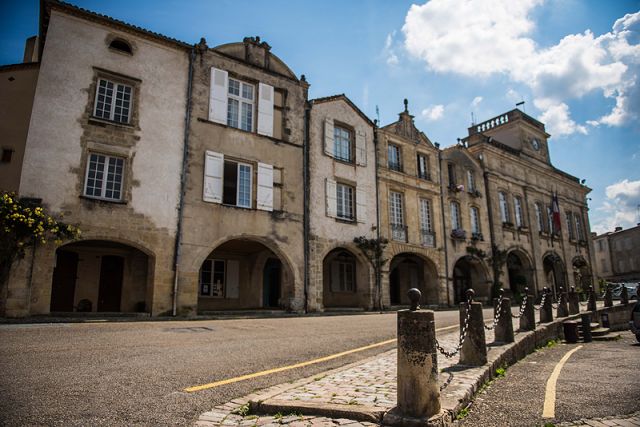 Bazas is for the gastronomes, this tender meat, delicious and tasty is the pride of this land. The Bazas breed is celebrated each year during the Beef celebrations. Stronghold, bishopric, former 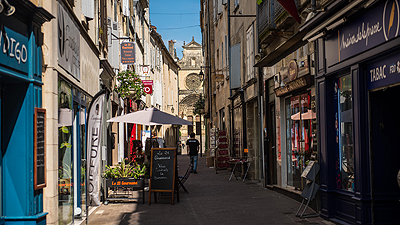 administrative center (sub-prefecture), the communes rich in history and houses a 13th century cathedral, which is a listed UNESCO World Heritage on the route of Santiago de Compostela. Its three portals on the façade, entirely sculpted, like its medieval garden along the building are especially remarkable.

From the 16th century to the 19th century, Bazas was famous for its glassworks, an exceptional collection can be seen at the Musée de l’Apothicairerie. Other collections, the museum exhibits 2,500 years of Bazas’ history. Also on the ‘must see’ list: The Place aux Arcades, the fortifications and the old town.

VILLANDRAUT, on the CIRON riverbanks.

Villandraut was the native town of Bertrand de Goth, who became Clément V, first Pope of Avignon. Its fortress castle built during the 15th century, which today 6 round monumental towers tours remain, the enclosure and the wall walk, was used for few years as Papal Court. The Municipal Museum of Villandraut dedicated to the local heritage presents its collections in the Maison Braneyre, of rectangular plan dating from 1753.

About 12 km, The Royal de Cazeneuve Castle, from the 13th century and 17th century, above Ciron was the property of the Dukes of Albret, the Kings of Navarre and Henri IV. The Queen Margot was under house arrest. This place is entirely furnished with period furniture, it has medieval caves and troglodytes caves. Its 40 hectares wooded park and its English style gardens are listed Natura 2000 (A network of nature protection areas in the territory of the European Union). 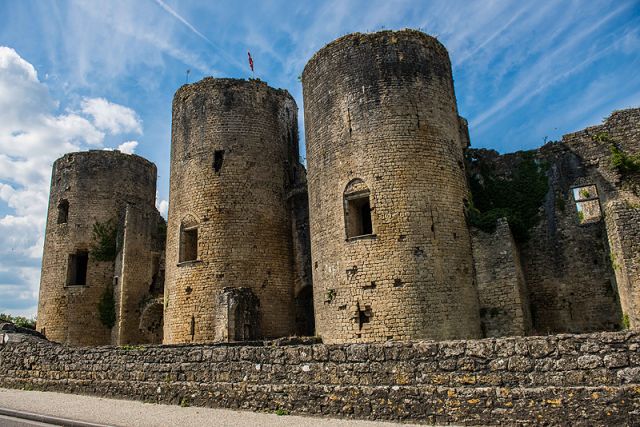 HOSTENS AND ITS LAKES

In the heart of Landes Forest, there is no trace of the past and the lignite mines. The Conseil Général de la Gironde transformed 600 hectare site (including 200 hectares of lakes) into a departmental domain of sport and leisure, of discovery of the flora and fauna, listed Natura 2000 (A network of nature protection areas in the territory of the European Union)

The old train line, dismantled, became a green way and links Belin-Beliet to the Arcachon Basin in Saint Symphorien, Villandra.