The Phare de Richard is a former maritime signal light, which is in the direction of the northern tip of the Médoc. It is open to visitors and both the exterior and the interior of the lighthouse are interesting to discover. It is an ideal place to understand the landscapes of this estuary part of the Médoc, the issues related to fishing and agriculture. Managed by the Association Communale du Phare de Richard, its volunteers and the site guardian, if you like nature, beautiful landscapes, beautiful walks and maritime heritage, this gives you every reason to stop there! Let's go ?

Photos © Guide Bordeaux Gironde, unless otherwise stated under the photos

The Uncommon History of Richard's Lighthouse

The Lighthouse of Richard is located in the Commune of Jau-Dignac-Et-Loirac. It is open from March to October and on site you will find:

Beacon from the road, you can't miss it, can you?

The lighthouse was abandoned for several years, shortly after the end of its operation, around 1956 until 1988, when the town of Jau-Dignac-Et-Loirac bought it to highlight this heritage. In 1992, thanks to the Town Hall, an association was created to promote, maintain and explain in an educational way, all the importance of this lighthouse in the landscape and the life of the Médocans.

You don't know the Médoc well? Read our article 3 reasons to go to the Médoc to enjoy the Indian summer. In all seasons, the Médoc is a change of scenery, full of charm and intimacy...

Photo © Municipal Association of the Lighthouse of Richard

Why a lighthouse here? Richard's Lighthouse takes its name from a tree that served as a landmark ("Richard's Tree", itself named as early as the 17th century, by the fisherman who owned this fishing area - Pierre Richard) and allowed boats not to run aground on the huge mud bank which was nearby, called "Richard's Platin". It thus helped river navigation to join or leave the Gironde estuary (which has been an economic and commercial waterway of the greatest importance since Antiquity). But the continuous siltation of the estuary and the increase in boats sailing there made it mandatory to set up more serious markings, especially since the tree had been felled by a storm at the beginning of the 19th century. After several test beacons, it was decided to build a lighthouse in 1843.

The lighthouse includes a masonry tower and a habitable base for the keeper, it is a house-lighthouse). It is 18 meters high and the upper part and the lantern are accessed via a 63-step spiral staircase. It was put into service with a fixed white light of the 4th order and in 1853, a fixed red light.

You should know that a second lighthouse was built in 1870, because the tower of the first (the one we see today) was not high and visible enough. The second lighthouse was a tripod metal structure, to keep it straight. This 2nd lighthouse took over until 1953, when the maritime signaling was adapted on the buoys that surround the navigation channel (the main access channel to Bordeaux left the left bank to approach the right bank, and there was no longer any need to mark this side). No longer in use, it was decided to destroy it (blasted and sold for parts in 1956) while the rest of the installations (including the 1st lighthouse) were put up for public auction and purchased in 1957.

Abandoned after 2 or 3 years, vegetation invaded the land, vandals looted the building.
The 2nd life of the Lighthouse of Richard began thanks to the initiative of a group of young teenagers from Jovis who, during the summer of 1984, decided to clear the site in order to redevelop a living room. This gave the idea to the mayor of the town to undertake a buyout procedure in order to develop a family and tourist site. This was done in 1988 and rehabilitation work began in 1991.

Visit of the Richard Lighthouse Museum

Come and discover objects related to the practice of fishing in this part of the estuary, information on oyster farming (oysters), knowledge of fauna and flora, maritime signalling, etc.

The highlight of the show is the breathtaking 360-degree view, which you can enjoy from the top of the tower. The largest estuary in Europe is offered to you, embrace it with a single glance! We see the water flows, the river reliefs, the boats... On the other side, the towns of Royan, Mescher-sur-Gironde, Talmont (with its church on the edge of the estuary) are revealed. On the left bank where we are, you can see the dyke with the mattes (polders) that you can discover during a very interesting hike from the lighthouse (read our article on this subject).

Photos © Photo © Municipal association of the Lighthouse of Richard

Want to discover the Charente Maritime? Take the ferry from the Verdon and make a getaway for a day or more, you will arrive in the pretty town of Royan!

Once down, a small shop closes your visit, with books and a few toys and games for children. The site has public toilets, it is very pleasant to walk around, don't forget the picnic! In summer, the Buvette du Phare also offers local delicacies: eels , mussels and prawns, delicious!

Photos © Photo © Municipal association of the Lighthouse of Richard

Provision of a plaice: the educational plaice of the Richard lighthouse

Plaice fishing dates back to the 19th century. It is a typical fishing hut of the estuarine environment, there are also very pretty ones in Charente Maritime. Built in 2008, the Carrelet du Phare de Richard has a real educational vocation, you can book it to go fishing and have an extraordinary time! It's the best way to learn about Médoc life: Take a snack, a few friends or family, a good bottle of Médoc wine and savor these moments in the sun waiting for the fish to come into the net. All you have to do is put it back together and enjoy.

Want to visit vineyards in Gironde and Médoc? Read our article on the top wine tours in Bordeaux !

The discovery and introduction to fishing are also part of the visit to the museum, in July and August during the day. At this time, availability is possible from 7 p.m. to 11 a.m. the next day: a fantastic idea for enjoying a beautiful sunset.

We wish you a great discovery of the environment of the Lighthouse of Richard and its small museum. Do not hesitate to come even out of season when the museum is not open, the place is worth the detour!

Walk in Soulac-sur-Mer: the must-sees

Walk in Soulac-sur-Mer: the must-sees

The coastal battery of Arros: a visit between history and art

The coastal battery of Arros: a visit between history and art

The BAC Le Verdon Royan, all you need to know about crossing the Gironde estuary

The BAC Le Verdon Royan, all you need to know about crossing the Gironde estuary 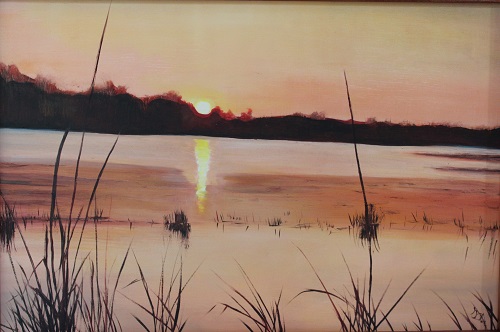 Between forests (6000 hectares), beaches (12 km), marshes and ocean, it is a natural protected site. Montalivet is ...

Tower of Honour and its museum

Tower of Honour and its museum

Tower of Honour in Lesparre-Médoc is a square keep, a remnant of an ancient medieval castle from the 14th century, ...

Grayan-et-Hospital In the Médoc, this small village is pleasant, it is located in the north of the department, ...

On the banks of the Mouth of the Gironde, the Marais de la Maréchale is located in Ordonnac. You wander on charming ...

It is a supervised beach, which is pleasant with a family atmosphere. There is space, it is accessed by a path on ...