L'Entre-deux-Mers , a sweet name that leaves you dreaming! In the Gironde estuary , between Garonne and Dordogne , this rich land has allowed the development of bastides and cities , and their conservation over the centuries. We invite you to explore this wine-growing territory starting from Bordeaux along the Garonne, then up towards the bank of the Dordogne.

Langoiran has a rich traditional heritage : bridge, Moulin du Gaillardon ,… and many religious monuments : churches, crosses, presbytery known as the Hermitage ,… The castle of Langoiran offers free or guided tours . To find out more, here is their website .

From the Iron Age , through the Hundred Years War , to the wars of religion , the remains found in Rions , as its monuments bear witness to a turbulent past. A discovery trail is available on the website of the tourist office and allows you to understand the key moments in the history of the region .

Between Rions and Cadillac, an original visit awaits you: a safranière .

Cadillac has survived the centuries and preserved its rich heritage . Its ramparts make it possible to identify the interest of a fortified bastide . Its castle is a real gem . To organize your visit, it's here . There is also a wine museum there .

Cadillac is appreciated in all seasons ... Here is our report .

We change atmosphere with Sainte-Croix-du-Mont . This perched village reveals a mineral universe to us, between limestone cliffs, caves, and fossilized shells ... A geological feature that deserves a glance. During the walk, you can admire the castle of Tastes .

Pondaurat is a former Commandery . It is therefore home to a beautiful set of religious monuments : churches , monastery, crosses… On the banks of the Bassane , you can take pretty refreshing walks , like the loop of the two churches . A description of the points of interest can be found on the town hall website .

This ancient medieval city , now classified as a city of art and history , knows how to combine past and modernity. La Réole conceals many treasures : monastery, abbey, church, towers and ramparts , old houses, town hall and its Quat'Sos castle . It's a work of art all on its own! Its astonishing museum of monuments in matches sheds new light on this architectural ensemble .

For a discovery of the surroundings, the Equestrian Farm of La Réole offers horseback riding.

Monségur is a typical medieval bastide . Its ramparts, its square , its church , its tower with walkway , its alleys and its half-timbered houses …, but also the 19th century hall , plunge you into the heart of its history from the Middle Ages to the present day . A booklet offered by the tourist office guides you to understand life in a bastide .

The fortified village of Castelmoron is built on a rocky outcrop . This specificity makes it the smallest municipality in France. But its size is surely not at the height of its past ... The tourist office offers a route in its cobbled streets to discover its history of more than 1000 years .

Sauveterre de Guyenne has the distinction of being an English country house . Remains of prehistory , Neolithic dolmens, Gallo-Roman villa, Middle Ages castle… Since the Upper Paleolithic , the site has been occupied! But it was the English who built this country house, as we know it.

To discover the surroundings, you can take a hike on the Roger Labépie greenway .

The bastide of Blasimon has many monuments to see. In particular, the Benedictine abbey and its sculpted portal , the mill of Borie , the fortified water mill of Labarthe,.

Nearby, do not miss Rauzan : its fortified castle and the Celestine cave .

Here is another English country house . Its abbey is remarkable. Take advantage of a fair or market day to visit it. Créon is recognized for being a dynamic and commercial village. It also benefits from a bicycle station and a very extensive network of cycle paths .

Our tour of the villages of Entre-deux-Mers ends thus. This selection is obviously not exhaustive and the order is not chosen according to the beauty or the interest of the sites.

To discover the region differently: Take to the heights during a hot air balloon flight at Ferme du Ciel . A natural event not to be missed: the Tidal Bore .

If you want to deepen your knowledge of the Gironde, it's here .

Article written by Stéphanie Tempier for the Bordeaux-Gironde Guide.

The Chava Park is a city garden on the outskirts of Podensac, on the banks of the Garonne. It is laid out in a ...

Chavat Castle is located in a beautiful park on the banks of the Garonne, near the Port of Podensac. Although the ...

My name is Léonor Reuzé, and I am a guide-lecturer, member of the Association des Guides de Nouvelle Aquitaine. ... 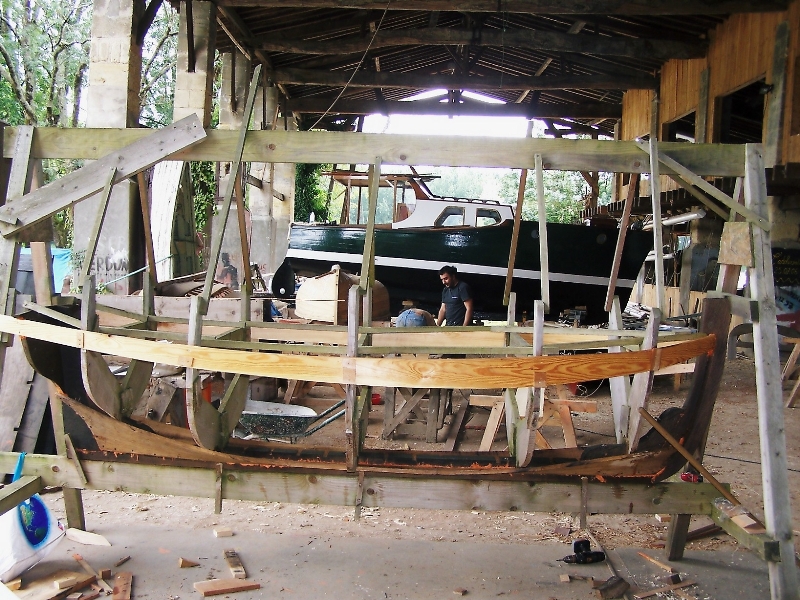